Elixir: Do you have HTTP requests? You are doing them wrong!

The process of making HTTP requests in Elixir seems to be obvious for every developer: one should take HTTPoison (3,5M downloads from Hex.pm), and do whatever he wants! But… Have you ever thought about alternatives? If not - follow this article, and get the answer to the question:

How to make HTTP request?

Why Elixir ships without HTTP client?

It is obvious: because Erlang/OTP has HTTP client included! And you can call it from any Elixir application with easy, using Erlang modules as atoms.

You can find how to use in docs.

I’ll show you small example of get HTTP request:

Thus, why people don’t use httpc? There are several reasons:

But! The question is:

Do I need all this stuff in my project? Or my requests are really simple?

Let’s for example look at very popular Hex package - tzdata. It has only one dependency - Hackney. Let’s investigate a bit, how it’s used.

We can search repo by :hackney query, and find all places where it is used. Except for mix.exs and mix.lock, it’s used in only one place: Tzdata.DataLoader.

DataLoader is used to retrieve new timezone data. This data is stored in tar.gz archive on remote server, and is fetched via :hackney.get method.

What do you think, can you fetch one small file in a single day, using httpc? I can!

Fairly saying, I don’t know why tzdata maintainers are using Hackney for this task. May be they know something, that I don’t know. But this is a good example of a place in code, where you can think about what to do - get side package with bench of dependencies, or use Erlang’s batteries, because it’s just enough.

As we know now, HTTPC has one big benefit - it’s included into OTP, and a lot of limitation. So, great developers created there own HTTP clients, and shared them into open source. In Hex registry we can find some good examples of HTTP client alternatives. Two gigants:

and banch of specific clients:

All of them have almost the same user experience and differs in bench of small and very useful features.

We’ll not cover small libraries in this article, and probably in our projects because of simple open source law:

This quality comes from common cookbooks, solutions, documentation and issues on Github, and answered questions on StackOverflow.

That’s why, lets try to compare a bit our gigant!

The main thing, that is important for developer - library performance. Everybody loves benchmarks (even if they don’t know what to do with them)!

I’ve found interesting repo - httpcbench, which has some information about performance comparison of main HTTP clients.

Unfortunately, the repo’s last commit was mad 3 years ago. But it’s not a problem for us! We can fix these test with all modern versions of these libraries.

You can find rewritten into Elixir code in this repo.

Of course all benchmarks are synthetic. But they show, that there is almost no difference between our libraries.

Conclusion: they both performs almost the same. And we move next.

The second (and sometimes - the first) parameter - security. We should be sure, that our requests goes to right domains, can’t be penetrated, nobody can steal our tokens and keys.

There is great article about security, and no sense to say something more.

Conclusion: Only Hackney validates SSL by dafault, using certifi library, but you can use this library in every other HTTP client. But:

So, from security point of view, Hackney looks the most considered.

Both IBrowse and Hackeny are great instruments to make good HTTP communication for your application. But, as for me, I’ll choose Hackney for these reason:

No more reasons. Really… But these two should be enough!

What about pure Elixir implementations?

I don’t want to disappoint you, but there is no famous Elixir HTTP client. All Elixir’s HTTP client packages are just wrappers for Erlang written libraries. For example

After getting this information, one should ask himself:

Why should I wrap Erlang library into Elixir library, when I can call it directly?

This question have several possible answers:

Let’s observe these reasons one by one.

in terms of Erlang and Elixir, the meaning of this statement is:

Our Elixir wrappers comes with some portion of additional functionality:

The question is the same again:

Do I need all this stuff in my project?

Let’s also make some investigations upon bench of libraries from Hex. We will do the same process, as with tzdata:

People are very lazy creatures. And software developers are the laziest people :)

It’s very easy to bring ten dependencies into your project just to make single HTTP request. Harder - to deal with possible depndency hell, when your project grows. Harder - to track and support in OSS N+1 library then N…

I think, that after reading this article, you will think a bit before planning your API communication. And this will simplify your development experience bigger, that no use of erlang ibraries in elixir.

And if you need concrete solutions, here they are:

Special thanks to maintainers and contributors of dissected libraries. They are doing really great job and bring our Elixir community higher. 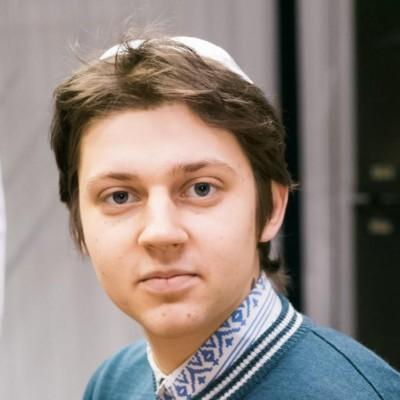 Elixir Developer, Architect and Evangelist. Has more then 5 years in Elixir production development, and half a dozen Hex packages under maintaining